The Youth of Today! 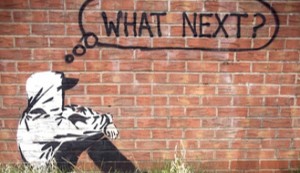 It’s quite a common phrase: ‘Youth of today!’ and it’s usually followed by a ‘tut’ or a rolling of the eyes.

I had one of those moments yesterday where I found myself annoyed with ‘the youth of today’ because a few had failed to turn up again for a group session. But once the emotion had settled I began to see things a little clearer and a little deeper. You see there seems to be a lot of blame put on young people but perhaps we forget that they are the ‘effect’ of the environment that they have been raised in. Socio-cultural theory has much to say about this.

To a large degree young people are like wet cement. What befalls them creates an impression! So what sort of influences do young people experience as they are growing up, on their journey to becoming young people? I would suggest that there are many key influences but some of the key ones are their parents/ family, their education and the media. Let’s have a look at these three for a moment and see what sort of effect these may be having on our young people.

Parents and family have a massive impact on children as they grow up.  These days there are less full time jobs, there is more austerity, both parents often have to work and many children only have one parent. There is less opportunity to spend quality time together as a family as the pace of life accelerates and parents have to run faster to just stay still. Surely this epidemic of busy-ness is going to be having a negative impact on how children are guided into adulthood? Like a plant, young people need a few simple things to grow up healthy and happy and whole but perhaps the most important thing is Love. But in order to experience Love there has to be time spent together. Buying material things is no substitute for Love. Could it be that this lack of time is having a detrimental effect on the development of our young people?

If we look at the education system it would appear to some degree to also have a negative impact on child development. Schools are still based on an outdated Victorian system designed to create workers for the industrial revolution. There are piles of research papers that evidence how schools kill creativity and resilience and confidence for all but the few who thrive in this artificial learning environment. The pressure on schools to get good grades for the league tables means that the emphasis is on passing exams and course work rather than learning. There is a big difference between spoon feeding young people with information to be regurgitated on the exam paper and empowering them. Most young people I work with had their self-esteem shattered at school but even sadder is that the ones who I work with and are now at university etc (the successes) are also riddled with low confidence, anxiety, depression, lack of communication skills or initiative.

The media is a constant drip, drip of a disempowering cultural narrative entering the psyche of our young people. The advertisements, the depressing news, the endless soap operas that somehow make it normal and Ok to live in a constant drama of gossip, narrow mindedness and dysfunction.

So perhaps next time a thought arises for you and you feel angry or disappointed or frustrated at the way young people are, look a little deeper. I am not saying that young people are not responsible for the way they conduct themselves but my intuition is that they are doing the best they can to swim and be their best against a powerful negative tide of a dysfunctional society that is constantly washing over them.

As Peter Tosh once said: ‘You can’t blame the youth.’ Let’s not blame anyone. Let’s accept that we are all, to some extent, responsible for the youth of today and let’s just be the change that we would like the youth to become.

‘Young people are the future.  The extent to which we invest in them now will determine the future of humanity.’ Miguel Dean

We're not around right now. But you can send us an email and we'll get back to you, asap.